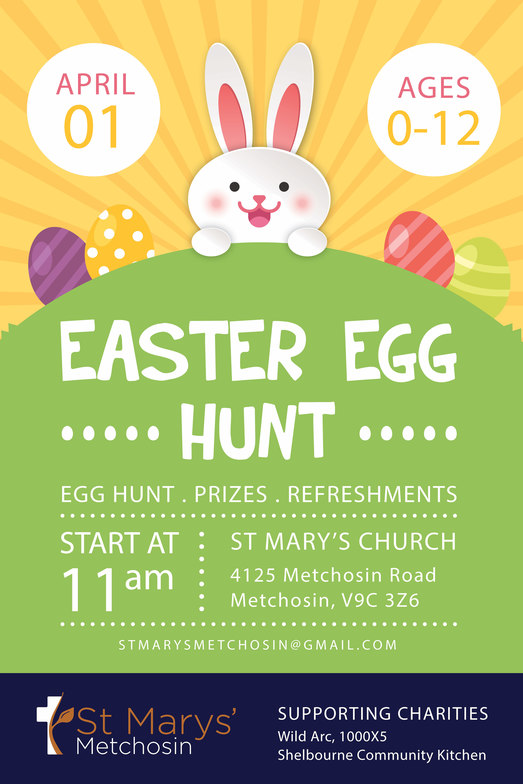 A new twist on a old favourite: this year’s Easter Egg Hunt will feature eggs filled with money tokens which will be collected and the children will gave the choice of 3 charities to donate to including: Wild Arc (Wild Animal Rehabilitation Centre), 1000x5 Children’s Book Recycling Project, and the Shelbourne Community Kitchen. The children will be asked to donate the tokens to the charity of their choice, the idea being that the congregants of St. Mary’s would match the money tokens with actual dollars towards these charities. After the children make their choice they will be able to pick a prize ( a small toy or an edible treat). We realize that often holidays include many sugary  treats and in an effort to temper that we are offering an alternative centred on charitable giving rather than simply personal consumption.